Marines from across the state visited the Iwo Jima Memorial at nearby Marine Military Academy in Harlingen, whose President Colonel Christopher Dowling, USMC retired, and wife Lieutenant Colonel Karen Dowling, USMCR Retired are members. Additionally, the McAllen Chamber of Commerce hosted their signature “Border Buttermilk Social” on Friday evening. Sean Downey, who also serves as the Vice Chairman for Tourism and Community Development for the Greater Mission Chamber of Commerce said, “Many people from across the country and even the state thinks that Texas, and civilization, ends at San Antonio. We were determined to change their mind and introduce them to the multitude of experiences that the Rio Grande Valley has to offer.”

The Marines began Saturday standing in formation and hoisting the American flag for “colors” in front of the hotel, then all joined in the singing of The Marine’s Hymn. The purpose of the convention is to join in camaraderie, conduct official business of the organization, and elect and install the Department’s officers who will serve for the next year. This year’s officers included RGV Detachment Commandant Sean Downey of McAllen, who was elected as the Department of Texas Junior Vice Commandant. Downey had previously served as the Department’s Adjutant/Paymaster (Secretary/Treasurer) from 2020 to 2022 and will now be focusing on supporting detachments throughout Texas with membership recruitment and retention. Its other officers are Commandant Patrick Murray of Venus, TX, Senior Vice Commandant Anthony Poletti of Bastrop, Judge Advocate Mark Oldmixon of Houston, Adjutant Paymaster Rolando Hernandez of Waco, and Chaplain Gary Clevenger and Sergeant-At-Arms Kevin Enlow, both from Lubbock. Additionally, the department is divided into nine districts whose District Junior Vice Commandants are Paula Land of Irving, Denise Bourassa of San Antonio, David Rodriguez of Rosharon, Robert Hurtado of Corpus Christi, Luis Lopez of Waco, and Randy Rigg of Tyler. Three other district officers will be appointed by the board of directors.

“The Rio Grande Valley Detachment really outdid themselves. This year’s convention in McAllen was one of the best yet”

Additionally, the Texas Pack for the Military Order of the Devil Dogs (MODD), the “fun and honor society of the Marine Corps League,” celebrated its 50th anniversary and “Grand Growl” at the convention. The newly formed RGV Diablo Dog Pound headed by Pound Keeper Cory Dressler of Harlingen played host to the group where the by-invitation-only members joked and exchanged kind-hearted jabs that are the hallmark of the Order, the League, and the Marine Corps. The Texas Pack also elected its officers, and again the RGV will be well-represented for the coming year. At Pack “Smart Dog,” who is responsible for interpreting and explaining the constitution and bylaws of the organization is Dressler, and at “Police Dog,” who is responsible for maintaining order and decorum is Downey. Said Dressler, “On behalf of the RGV Diablo Dogs Pound, I would like to thank all the Marines, Families, and Friends that attended the 2022 Department of Texas Convention and express a hearty thank you and a motivated ‘Woof, Woof’ to all the Dogs that made the 50th Grand Growl of the Texas Pack such a howling success.”

The convention culminated Saturday evening with a banquet and the Department’s guest of honor this year was Major General Angela Salinas, USMC Retired. An Alice, TX native, General Salinas was the first Latina to hold a General rank in the history of the Marine Corps as well as being the first female General to command Marine Corps Recruit Depot San Diego. When she retired, she was the longest-serving, and oldest-serving female in the Marine Corps. Currently, she is the CEO of Girl Scouts Southwest (San Antonio). In her speech, Gen. Salinas made a passionate point, “I succeeded in an organization that didn’t want me,” meaning that a petite Latina from South Texas did not fit the “mold” of one of many of the Corps’ mottos “A few good Men.”

Other special guests were the 12th Sergeant Major of the Marine Corps, Eugene Overstreet (the SgtMaj MC is the senior-most enlisted person in the Marine Corps) as well as Angela Maness (SgtMaj USMC, Retired) who was the first female SgtMaj for Marine Barracks in Washington (home of the Commandant of the Marine Corps, Silent Drill Platoon, Marine Corps Band, the President’s own band, etc.). Chief Devil Dog Tom Hazlett, the national head of the Military Order of the Devil Dogs as well as his Aid-de-Kamp Mike Francis, and the Assistant National Junior Vice Commandant for the Southern Division George Petkovich were also in attendance.

Said newly elected Commandant Patrick Murray of the convention, “The Rio Grande Valley Detachment really outdid themselves. This year’s convention in McAllen was one of the best yet. These Marines, Corpsman, and Associate Members really set the standard for years to come!” 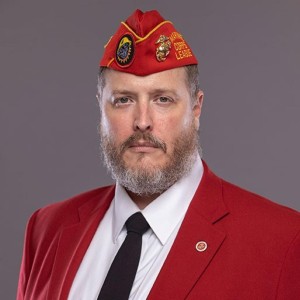 Sign up our newsletter to get updated information, program or insight for free. 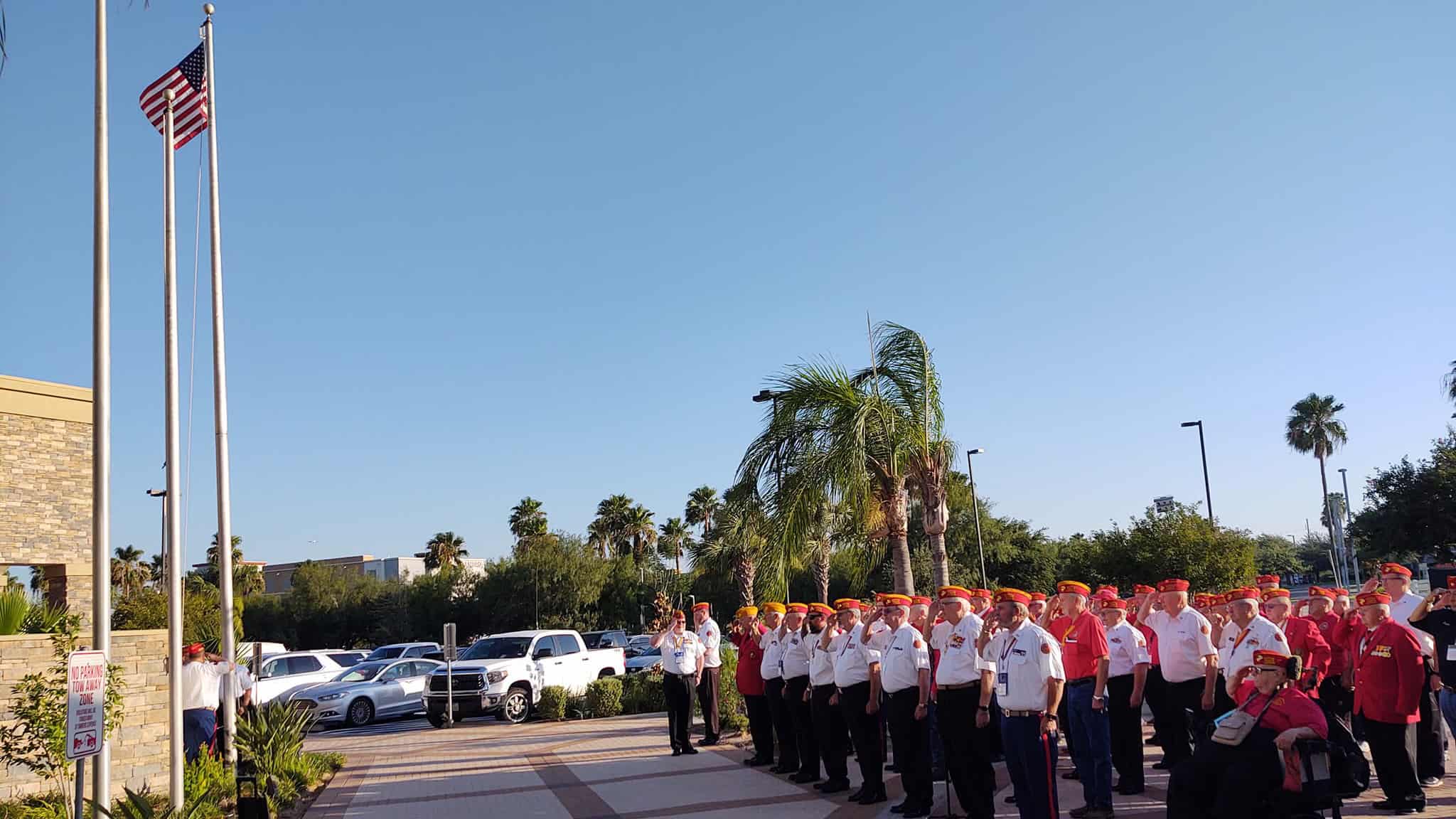 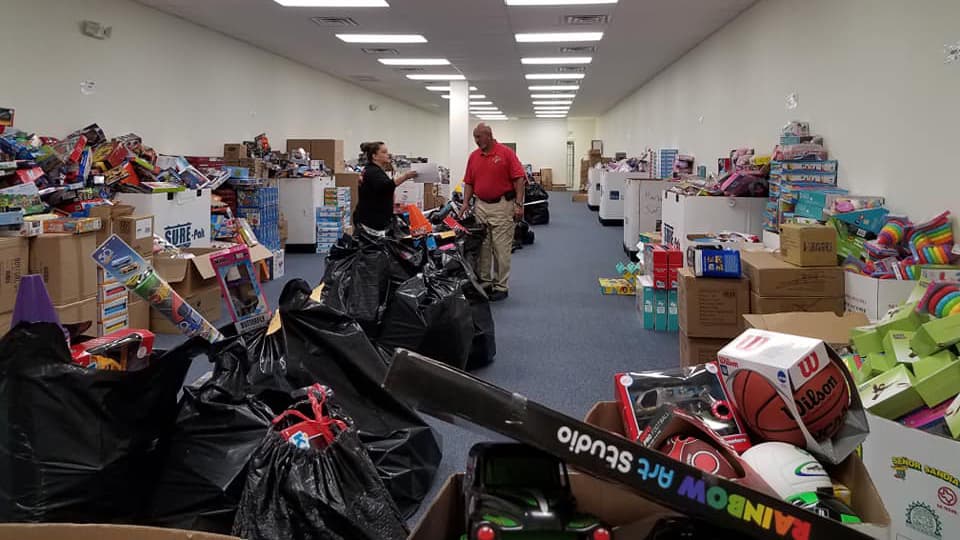 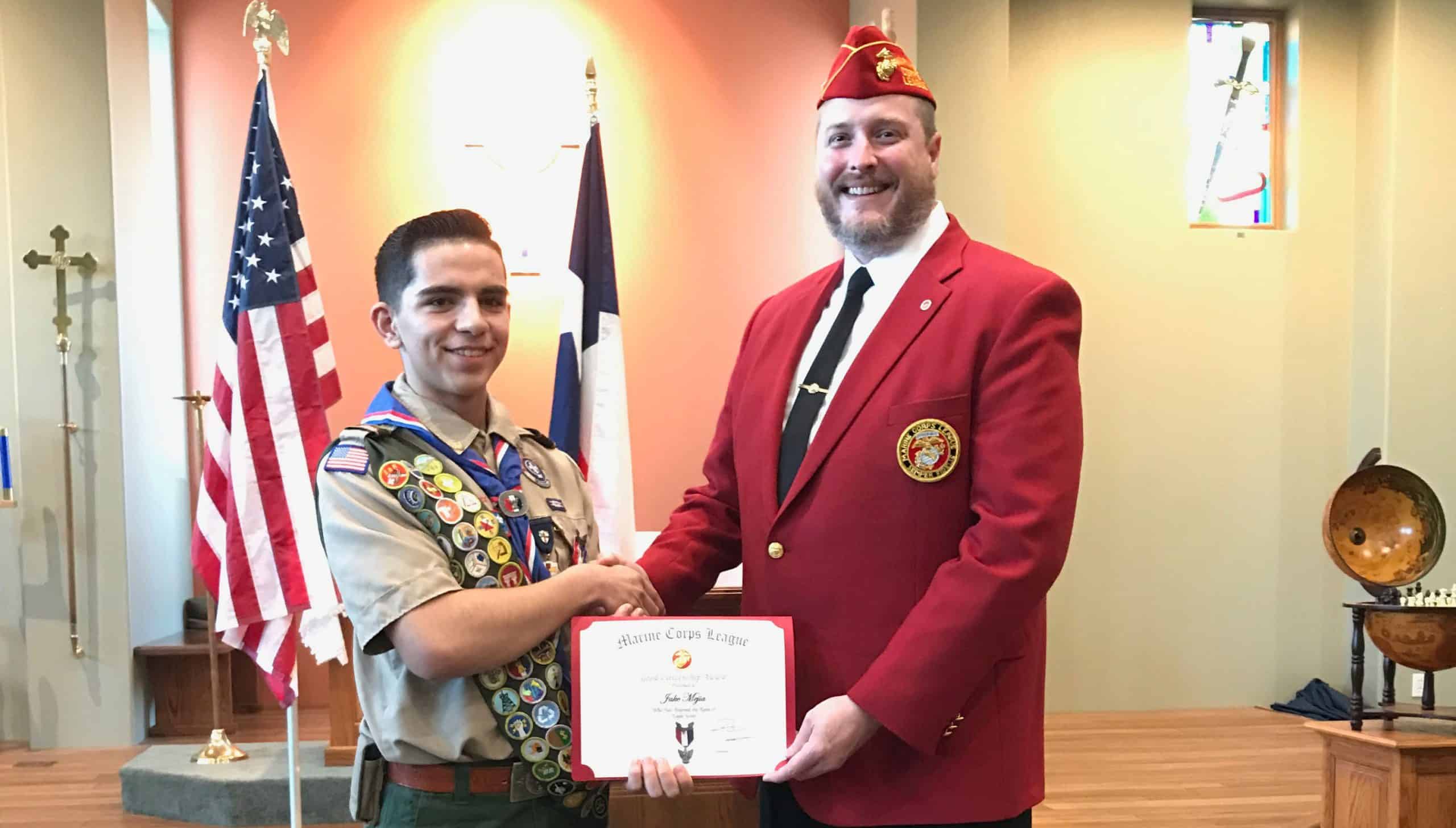 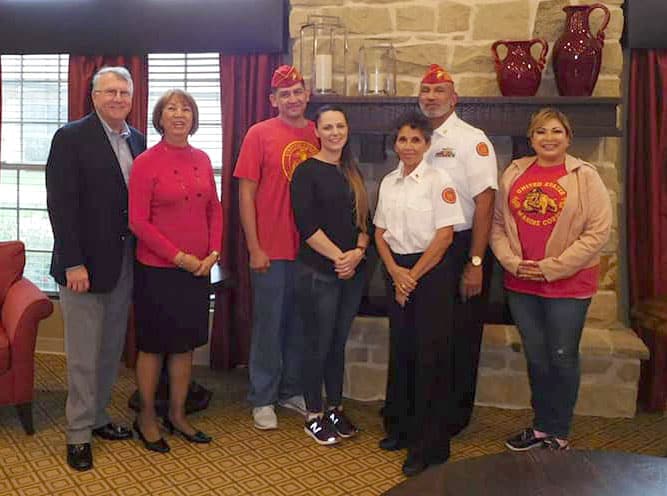 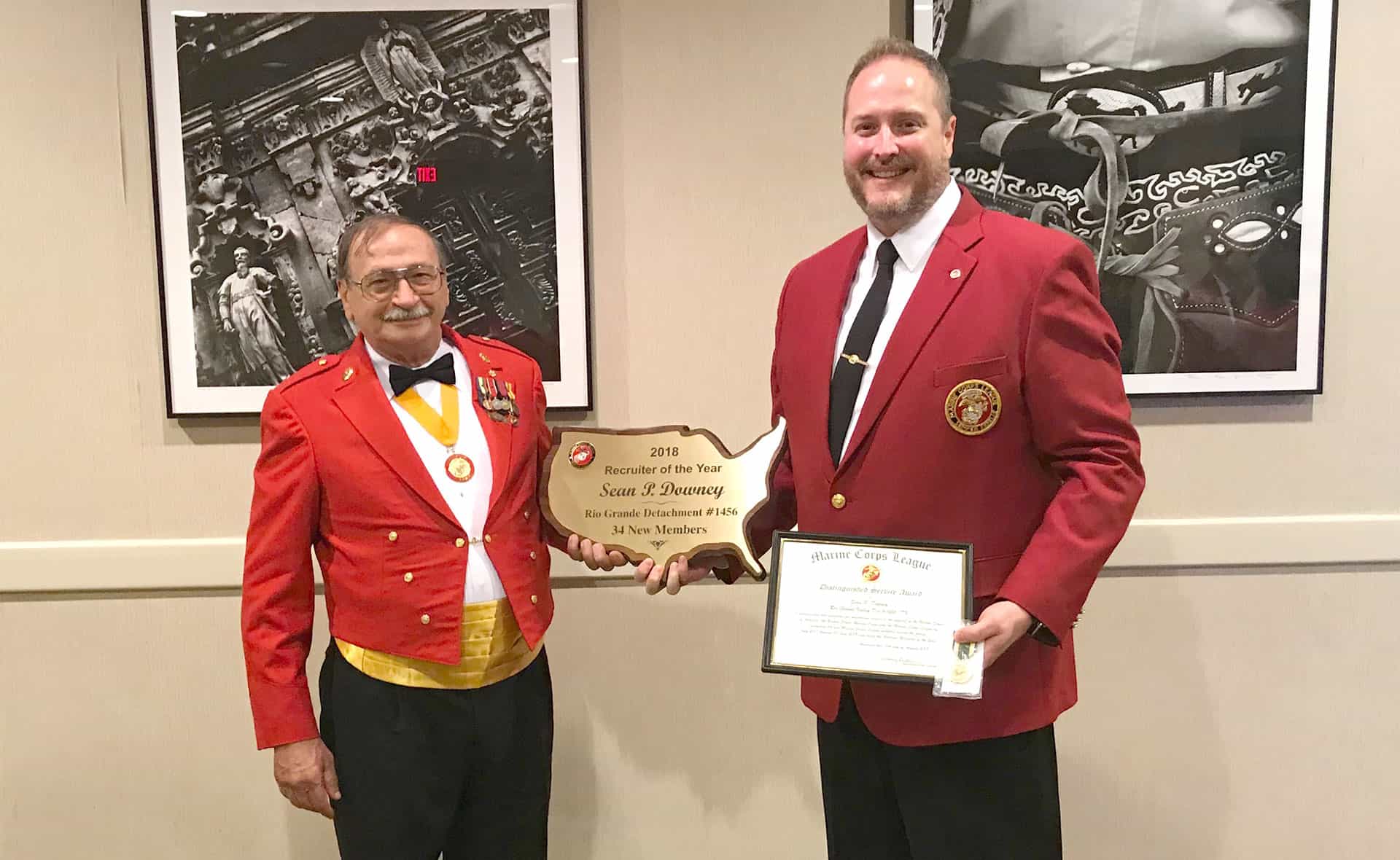 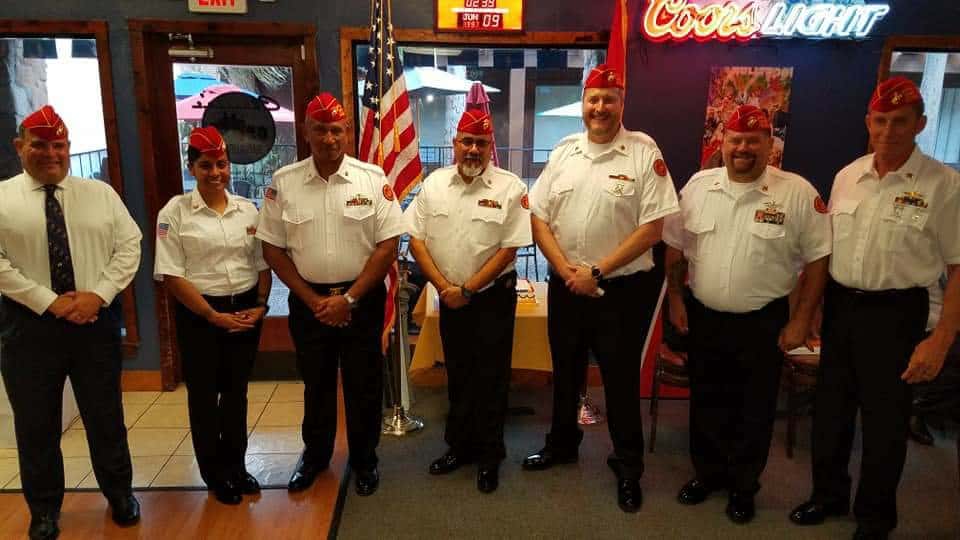 First Toys For Tots campaign a success
December 15, 2018 No Comments

Members of the Marine Corps League join together in camaraderie and fellowship for the purpose of preserving the traditions and promoting the interests of the United States Marine Corps.   Our detachment’s Federal Tax ID (EIN) is 82-4002350.